Critical.gg has searched through Animal Crossing: Pocket Camp’s APK file (Android) and found plenty of interesting information regarding what we can expect in future updates which include the possibility of being part of the game’s timed events or seasonal exclusives. Below is what they’ve found.

“Right off the bat, the APK contains a lot of references to a possible future Garden in Pocket Camp – and we mean really A LOT. The code hints at a number of Garden related features and actions, most notably:

We are not sure where the Garden will be located, but our best guess is at the campsite.

There are hints that many of the Garden related items will be purchasable, there references to other players visiting the garden, leaving footprints and more, but let’s keep this info under speculation category for now.

As of now, we can confirm that the Garden is in the APK and it looks well developed. We expect more info in the next release.

SEASON SUPPORT AND A NEW AREA!

Although this has been already announced, we can confirm that Seasons are officially supported – the whole APK is brimming with references to seasonal textures and items. Funny enough, only three seasons are in the APK:

Maybe Autumn will be added later on? Who knows. But we have more pressing matters to discuss! One of the Sprite sheets hints at an upcoming Winter themed location: 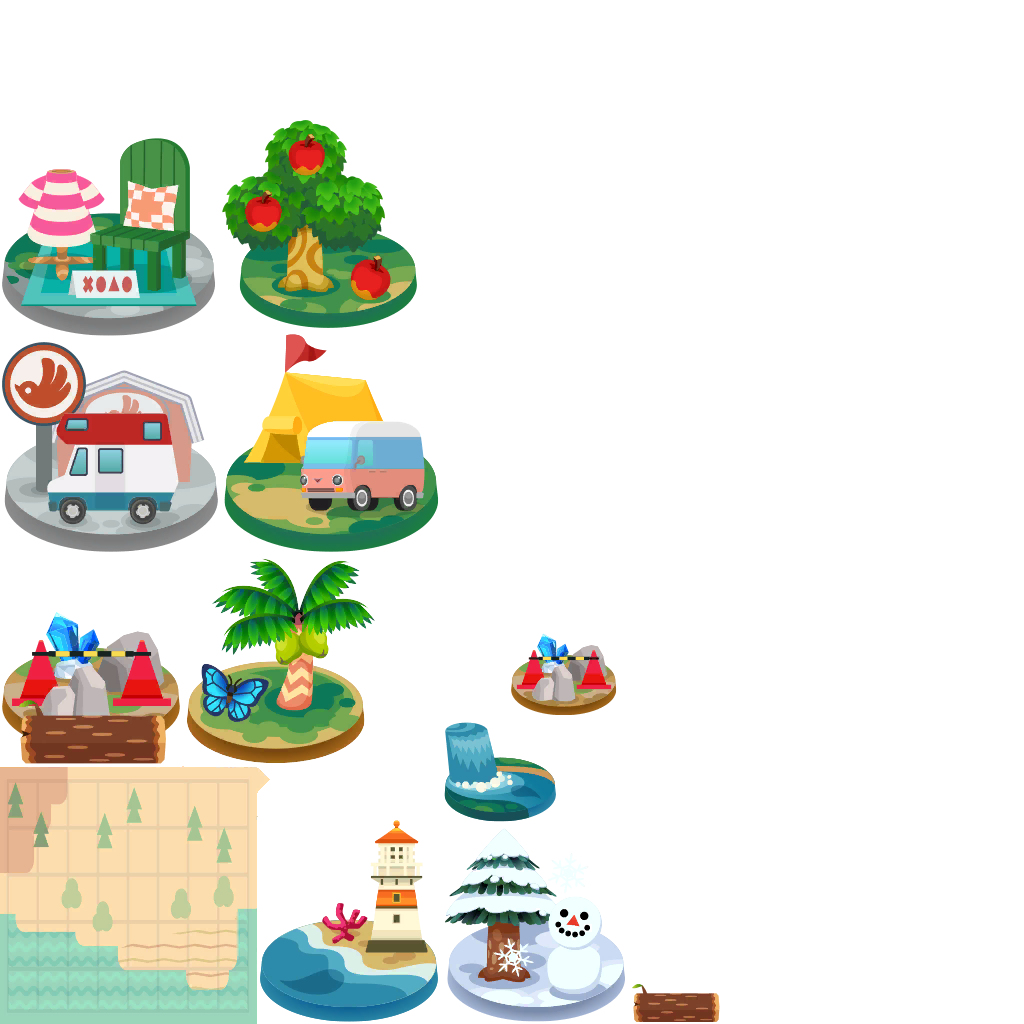 The following facilities have been found in the APK:

Unfortunatley, we have no more info about these items. Their values are placeholders for a possible future feature. As of now, there is no code that supports facility unlocking and interaction.

In addition, no textures/models have been found in the assets.

The following special costumes/clothing items have been found:

However, similar to Facilities, these costumes are placeholders with no visual assets or additional code to support them.

The app supports a lot of different weather effects, including a special weather for Summer and Winter solstices: