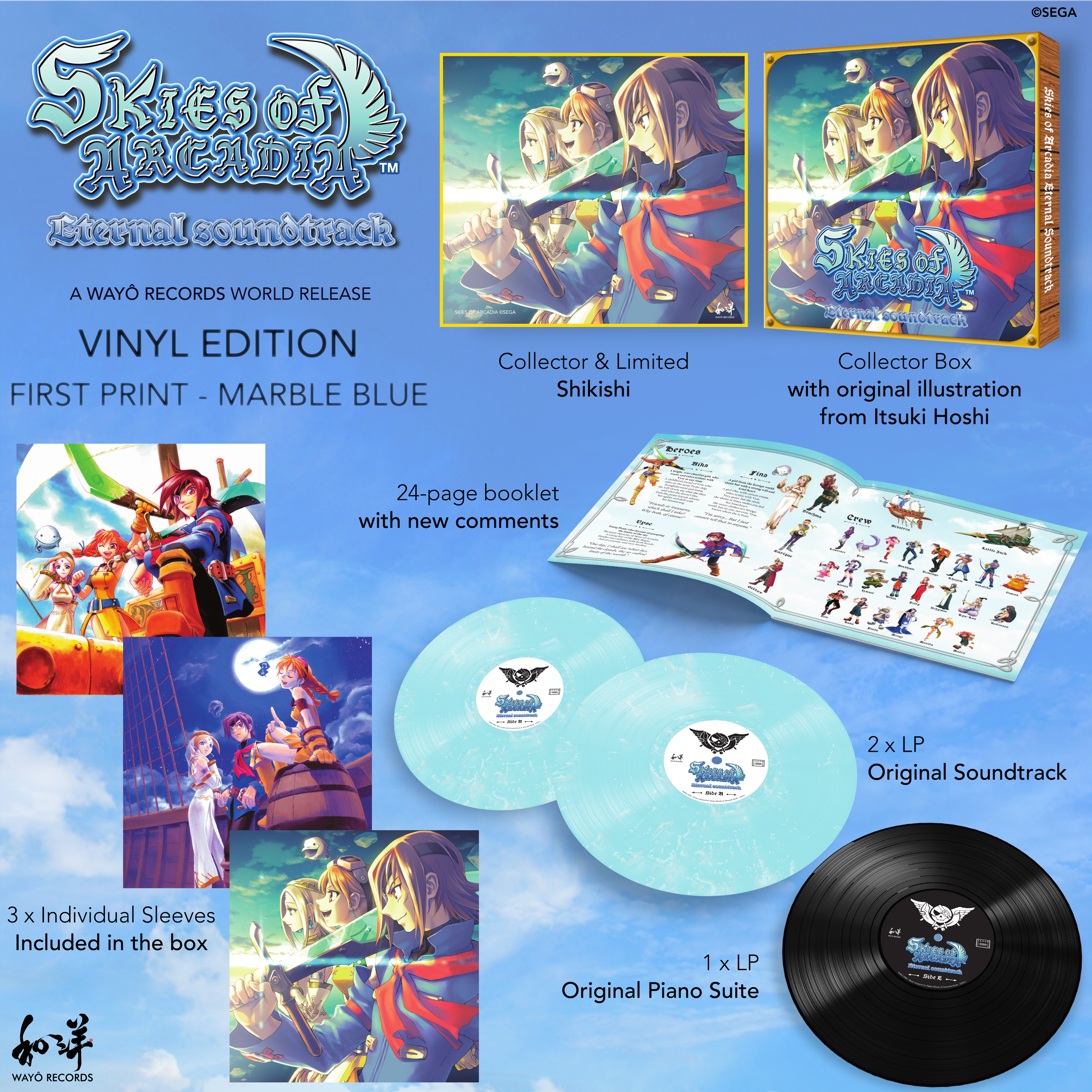 “Skies of Arcadia has always been special to so many of us,” notes Wayô Records founder Jonathan Khersis. “It featured beautiful artwork, a memorable journey into unknown lands and of course an unforgettable soundtrack by Yutaka Minobe and Tatsuyuki Maeda. For this new release, and to celebrate the upcoming 20th anniversary, I thought it was important to bring several new contents. It was fantastic working on the new illustration concept with Itsuki Hoshi and on the original piano suite with our friend Ramon Van Engelenhoven. I also thought the ‘Main Theme’ really deserved its own music box and it had to be treated with the best quality. Today, we are proud to share our love for Skies of Arcadia and hope this will open the way to new exciting projects for the franchise!” 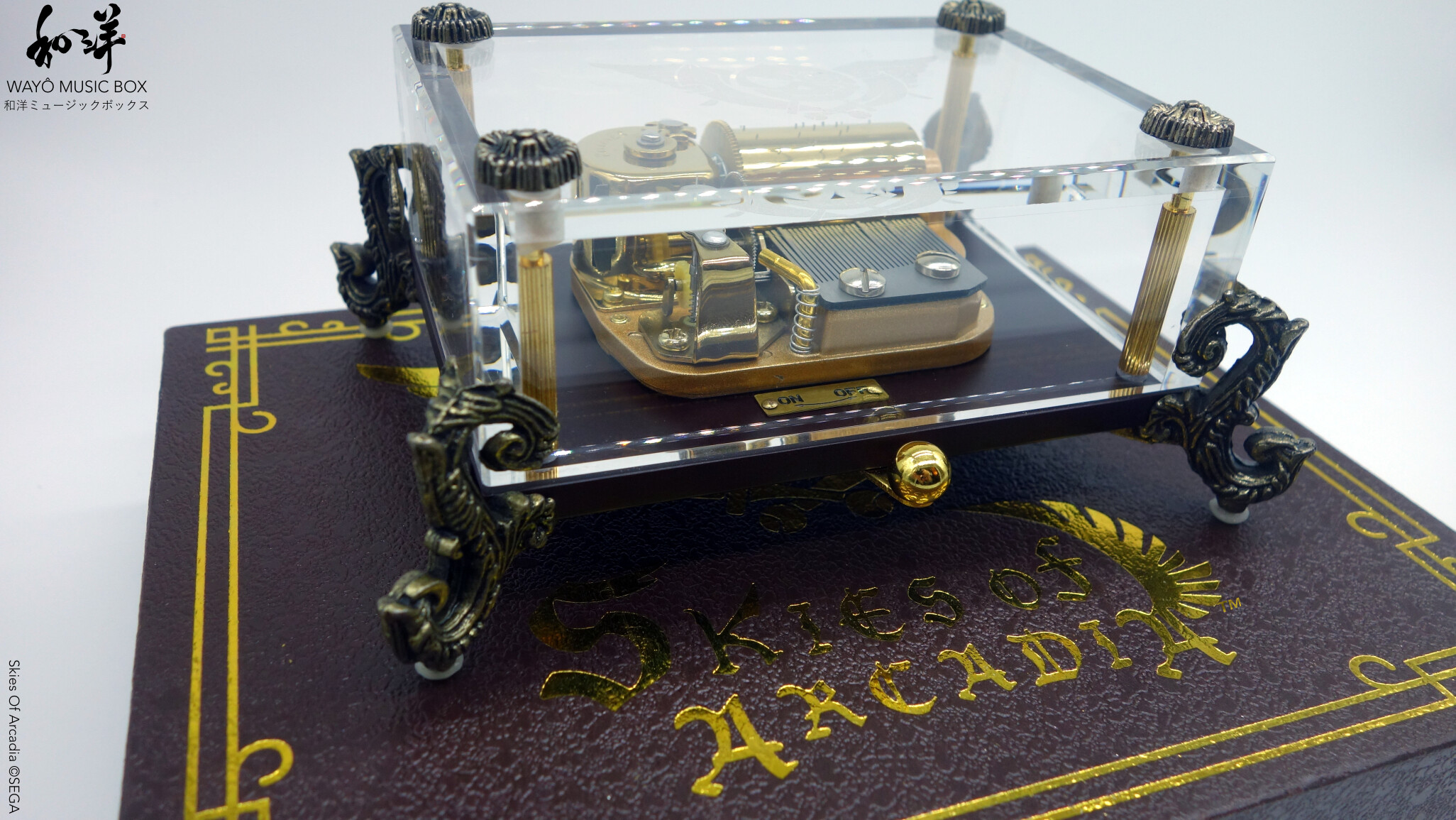 Skies of Arcadia was released on the SEGA Dreamcast in 2000 to wide acclaim and remains one of SEGA’s most popular RPGs to date. There’s no denying that its varied and enthralling soundtrack contributed to its cult following. It featured live orchestra recorded by the Skies of Arcadia Symphony Orchestra, demonstrating SEGA knew it had something special on its hands To commemorate its unique legacy, this re-issue includes two exclusive piano arrangements by Dutch prodigy Ramon van Engelenhoven over a majestic 15-minute medley that will allow fans to enjoy the soundtrack in an all new way.

Oswald Has Entered The King of Fighters XIV Tournament
January 29, 2018

BlazBlue Cross Tag Battle is Coming to Europe This Summer for PlayStation 4 and Nintendo Switch
March 16, 2018