Super Neptunia RPG is headed for PlayStation 4 and Nintendo Switch, digitally and physically, on June 25 in North America and June 28 in Europe. The Steam version will release on June 20. Idea Factory International gave us another update before then in the form of:

The Break Attack gauge has four slots that fill up as you attack the enemy. Once a slot fills, you can select a character to unleash a Break Attack. Choose to perform a Break Attack at every chance, or wait until all four slots fill so all party members can cause ultimate destruction. 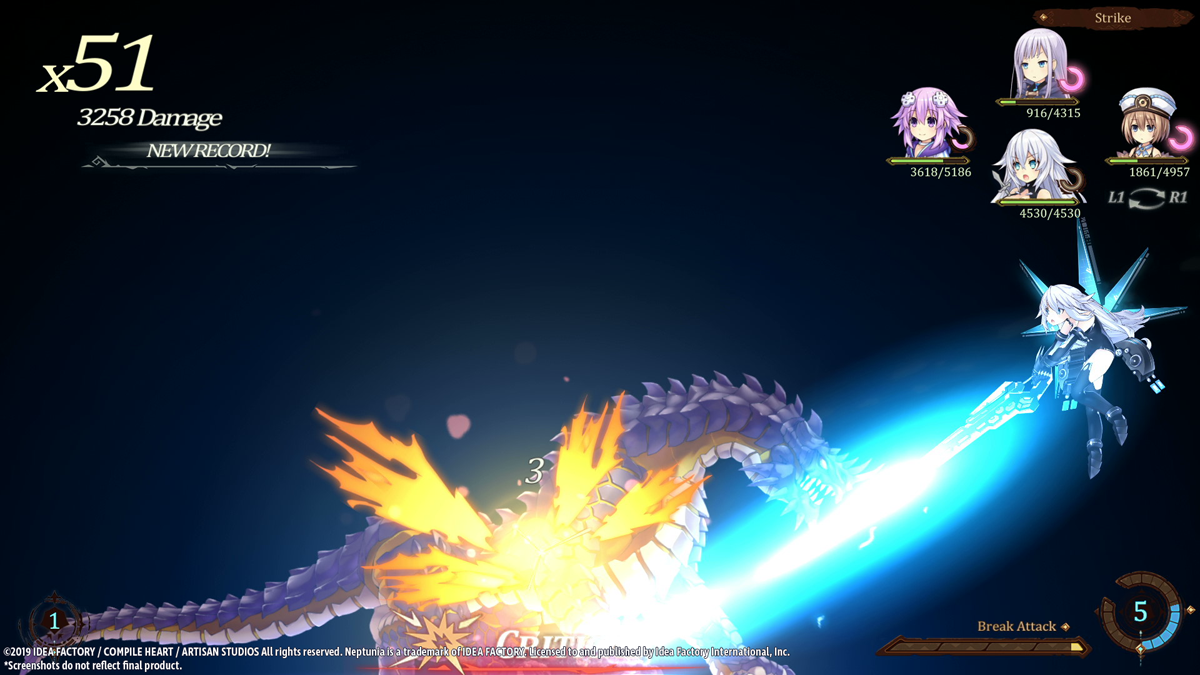 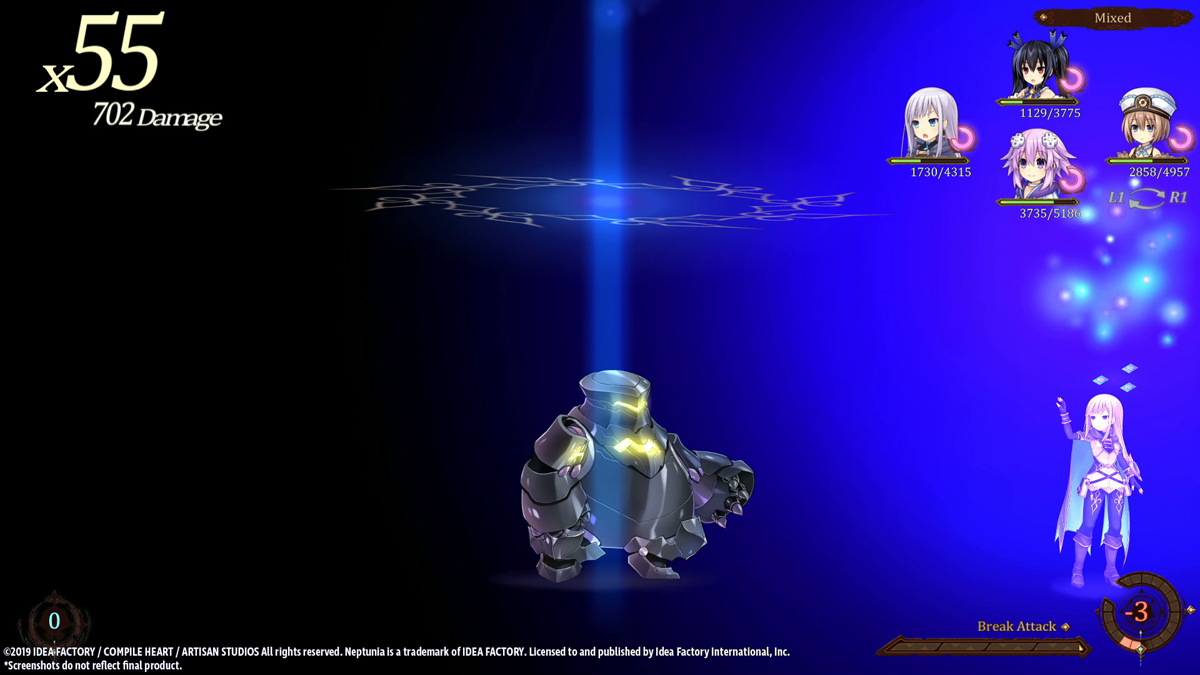 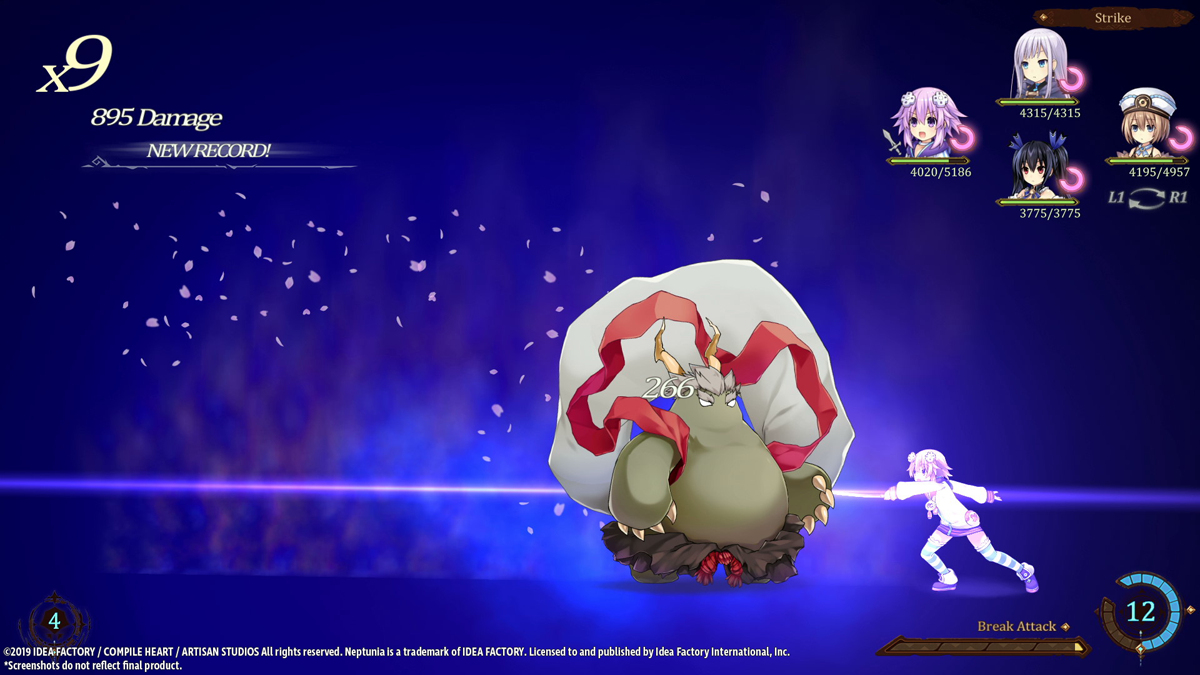 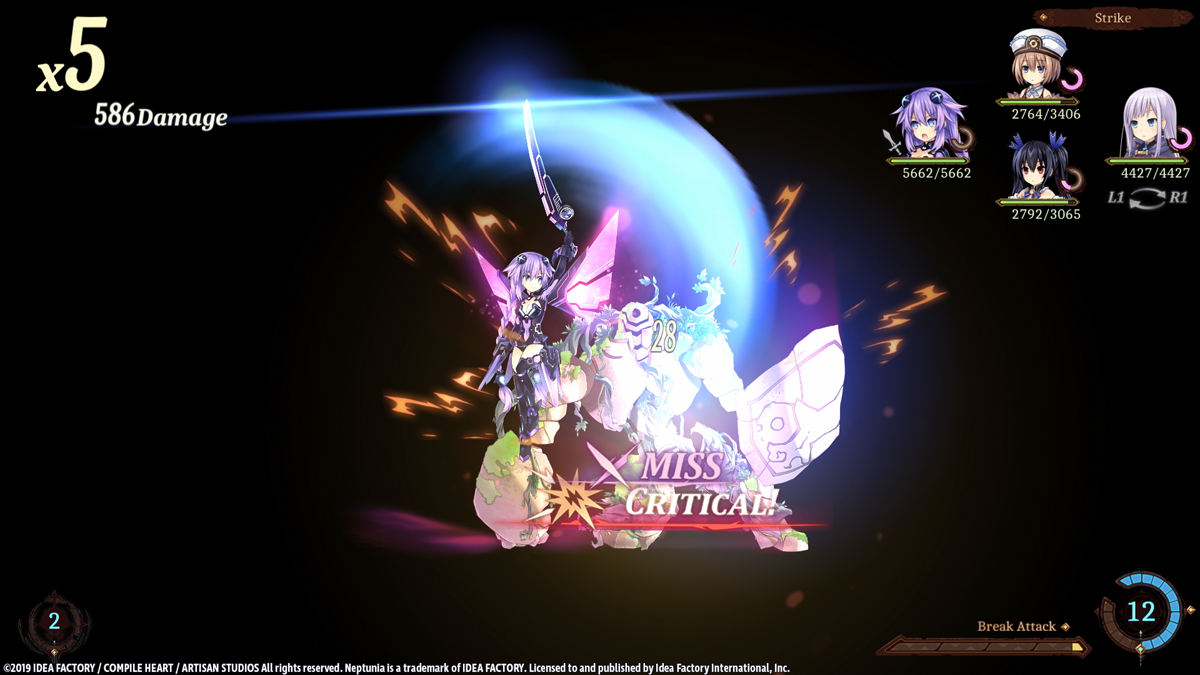 Neptune – The amazing hero whose name is in the very title! Despite being so heroic, the only thing she seems to remember is her name. She cannot recall who or what she was. After defeating a monster, the brilliant thought dawned upon her: she must be… a hero! Wielding her uselessly gratuitous supply of energy, she gathers allies and sets off on a journey in search of the truth.

Noire – After waking, she realized her memories were gone. She’s looking for any clues about her identity. Her name is the only thing she can remember. She met up with Blanc, who had also lost her memories, and is now making a living by completing tasks for the Guild. It hasn’t been easy, and she becomes increasingly frustrated with the little amount of clues she’s found so far. But a good night’s sleep always clears it up for some reason…

Blanc – When she came to, her memories were gone. The only thing she knew was her name. Together with the similarly amnesiatic Noire, she’s making a living by completing tasks for the Guild. Her pursuit of books is voracious, and recovering her memories are secondary to her literary hunt. She’s a quick-thinker, but when she can’t figure something out, she’ll hold an internal meeting to come up with an answer.

Vert – The innkeeper took Vert in after she was found collapsed on the road. Vert’s been freeloading at the inn ever since. She’s also lost her memories. The only thing she remembers about the past is her name. For a while now, she’s brought supplies to the Resistance base in exchange with being able to play games there. She is satisfied with her current lifestyle, and it seems she has little interest in getting her memories back.

Chrome – A woman being chased by the Bombyx Mori.
She refuses to divulge anything about herself.
One day, she meets Neptune, but leaves her with only Histoire and some advice.

‘Those Who Remain’ Closing in on PC, PlayStation 4, Xbox One and Nintendo Switch
August 7, 2019